The Olubadan of Ibadanland, Oba Saliu Adetunji, clocks 92 years today and Nigerian politicans, including Governor Seyi Makinde of Oyo State and former Vice-President of Nigeria, Atiku Abubakar, have taken to their social media pages to celebrate the monarch. 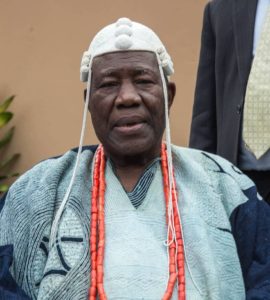 In a statement by the Chief Press Secretary to the Oyo State Governor, the traditional ruler was described as one who personifies greatness and honour. The statement also claimed that Governor Seyi Makinde was able to record huge successes and unprecedented growth and development during the reign of the celebrant.

The statement reads, “I celebrate our revered father and monarch, the Olubadan of Ibadanland, His Imperial Majesty, Oba Saliu Adetunji, Aje Ogungunniso 1, on his 92nd birthday.

“Kabiyesi, as you add another year, may the Almighty God uphold you and imbue you with good health and agility to continue to lead your people.”

On his own part, the former Vice-President of Nigeria, Atiku Abubakar tweeted thus, “Kabiesi, the celebration marking your 92nd birthday is significant in many ways. On behalf of my family, I heartily congratulate Your Majesty Oba Saliu Akanmu Olasupo Adetunji, Aje Ogungunniso 1, Olubadan of Ibadan on this milestone and also rejoice with the good people of Ibadanland on this special day. May your reign be long, Kabiesi. Esin Oba á j’oko pé o.”