Following the recent incessant and mysterious killings of blacks in Northern Cyprus, the Federal Government has warned Nigerian parents against sending their children to universities in Northern Cyprus. The warning was issued by the Chairman of the Nigerians in Diaspora Commission (NIDCOM), Abike Dabiri-Erewa, when she received a delegation led by Justice Amina Bello, mother of a Nigerian third-year engineering student, Ibrahim Khaleel, who was allegedly killed in mysterious circumstances in Northern Cyprus. 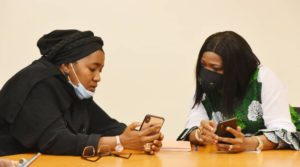 Mrs. Abike Dabiri-Erewa also mentioned the names of Nigerian students who have also been murdered in Northern Cyprus, apart from Ibrahim Khaleel. She said, “The death of Ibrahim Khaleel should be the tipping point to a stop in the killing of our children anywhere in the world, particularly Northern Cyprus. It is not only Ibrahim. Kennedy Dede 28, Augustine Ngok, Gabriel Sorewei, Osabanjo Owoyale, Augustine Wallace, Stanley Eteno, Hassan Babatunde, Temitayo Adigun, and Kubat Abraham are just a few of the ones that we even know.” 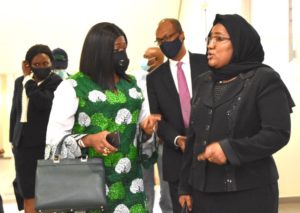 “Who do you report to? Thousands of Nigerian students are schooling there and I tell you that hundreds have been killed. Who do you take these cases to? And they are killed in similar circumstances. The school just tells you they committed suicide and nothing happens. We are going to list all these names of Nigerians that have been killed and we demand justice. There has been no prosecution and no compensation.” 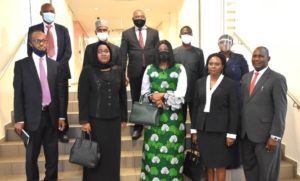 She also assured the mother of Ibrahim Khaleel, Justice Amina Bello that the commission would work with her to demand justice, not only for her son but also for other Nigerians who have been killed while studying in that country.