The Federal Airports Authority of Nigeria (FAAN) has announced that it has lost N17.5billion of aeronautic charges in 23 weeks and incurred N1.4 billion loss of non-aeronautic charges between April and June, 2020 due to the deadly Coronavirus pandemic which made the aviation industry non-functioning. 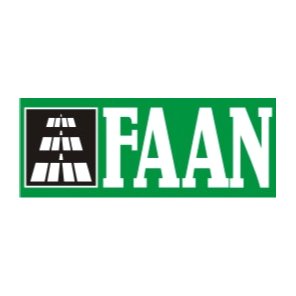 This was announced by the Managing Director, Capt. Hamisu Yadudu at a virtual stakeholders meeting. He also said that there was a drop by over 90% in the agency’s Internally Generated Revenue (IGR) in the last six months due to the COVID-19 pandemic. The Managing Director also said the agency further incurred cost on maintenance and utilities during the lock down when the managers opened the airports that were involved in evacuation flight arrangements.

According to him, “In spite of the drastic drop in revenue, FAAN has managed to ensure that all its local airports have commenced domestic operations having met the requirements by Presidential Task Force (PTF) on COVID-19, NCAA and other regulatory bodies and have been issued clearance to reopen. Plans are also at advanced stage to ensure that the International Airports are set for re-opening on the 29th of August, 2020 as announced by the Minister of Aviation as we will be seeing during the course of this meeting. All these have come at a huge cost to the Authority with little or no cash inflow.”

The Managing Director has also envisaged that there would still be a reduced revenue for the agency due to the protocols put in place to ensure that not more than 1,280 international passengers are allowed on a daily basis. The Director of Finance and Accounts (DFA), Mrs. Nike Aboderin in her presentation titled, “Ongoing COVID-19 and Implications on FAAN” revealed that the agency has lost over N17.5 billion of aeronautic charges in 23 weeks and also N1.4 billion loss of non-aeronautic charges from April to June, 2020.

Mrs. Nike Aboderin pointed out that as a result of the pandemic, FAAN customers were not only defaulting on payment for services rendered to them but that there is an increasing request for payment suspension, deferral and waivers.