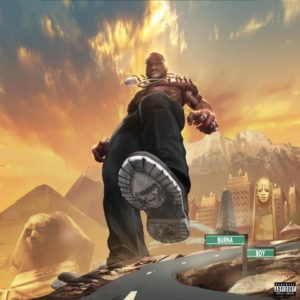 Twice As Tall, a new album by Burna Boy, has chucked another success as it becomes number one on this week’s Billboard World Album chart.

Since the release of the album, it has continued to hit the numbers and has topped a lot of charts across the World and not in Nigeria or Africa alone.

Becomes the highest peaking Nigerian Album on the chart. 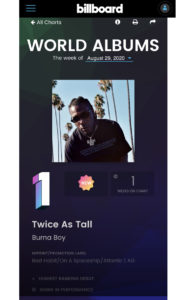 Cardi B Shares Nude Photo Of US ...

BBNaijaLockdown: ‘The Game has Started and Threats ...