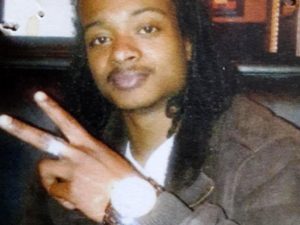 Witnesses said that Jacob Blake was only trying to settle an argument between two women, when the police followed him into his car and shot him seven times at close range in the presence of his three sons, who were also with him.

Jacob Blake is reported to be in a critical condition as he has become paralyzed due to the multiple shots he received at close range. The officers involved in the shooting were only placed on administrative leave and this has sparked protests in the city as protesters demand justice for Jacob Blake.

The shooting in Kenosha is only a few months after the cruel torture and death of George Floyd in Minneapolis, which was also caused by police brutality in the US. This has fueled anger all over the United States of America as protesters in New York have gathered holding placards reading, “Justice for Jacob” and “Black Lives Matter.”

Jacob Blake’s shooting by the Police was really cruel and uncalled for. See the video below:

A Wisconsin police officer yesterday shot Jacob Blake 7 times in the back. His 3 children were in the car, watching their father being shot.

On August 28th, we will be marching against police brutality in Washington, DC, demanding justice. pic.twitter.com/ibrPD66Y1t