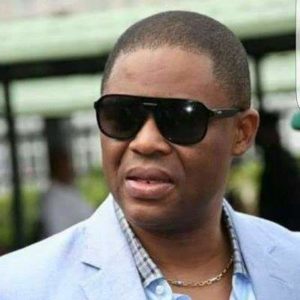 Following a viral video of Mr. Femi Fani-Kayode verbally attacking a reporter, Eyo Charles, for allegedly insulting him with a question, the National Union of Journalists has made a move in condemning the action of the former Minister of Aviation.

The former minister, who got angry, told the reporter he was “foolish” for asking him who “bankrolled” his tour to Cross River and other states.

“What type of insulting question is that? Which bankroll? To do what? Who can give me money for anything? Who do you think you are talking to? Bankroll what? Go and report yourself to your publisher. I could see from your face before you got here, how stupid you are. Don’t ever talk to me like that,” Mr Fani-Kayode kept yelling.

Despite the reporter’s apology, Femi Fani-Kayode continued, “Don’t judge me by your own standards. I have been in politics since 1990. I am not one of those politicians that you think will just come…. I was taken, I have been locked up how many times by this government. I have been prosecuted, unlike most of these politicians you follow for brown envelopes! Don’t ever judge me by that standard. I spend, I don’t take and I am not a poor man, I have never been and will never be.”

The NUJ President, Chris Isiguzo, said in a statement that Femi Fani-Kayode’s attack against Mr Charles was “gangster-like.” The NUJ President said the reporter was only asking “a simple question.”

“For him to have embarked on assessment of projects in some states, even though we are yet to be told under what platform, he is doing so, it is proper for the media to hold him to account for his actions and decisions. By delving into politics and holding political office, Fani Kayode is very conversant with the watchdog role of the media.

“We are more shocked that the same Kayode who had in recent times, used his social media handles to call leaders to account is at the same time attacking a journalist for a simple demand for him to unmask those behind his nationwide tour. He had already visited six states. This is indeed, terribly disappointing,” the NUJ president said.

“By denigrating the journalist, Fani Kayode has exposed himself the more as an intolerant and unstable person who will not want his activities closely scrutinised by the media”

Mr Isiguzo said the former minister’s reaction to the reporter’s question was against “simple decorum and civility” and, therefore, “unacceptable, dishonourable and reprehensible”. The NUJ President has demanded a retraction from him.