The Barcelona Football Club has confirmed to the Associated Press that Lionel Messi, one of the club’s best players has sent in a document announcing his intention to leave the club. 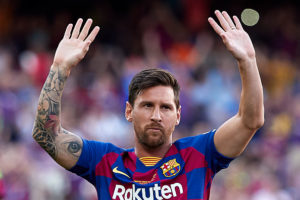 This decision to leave comes days after Barcelona was defeated by Bayern Munich with a humiliating score of 8-2 at the quarter-finals of the Champions League.

Since Lionel Messi joined the Barcelona club in 2004, Barca has won the Champions League four times.