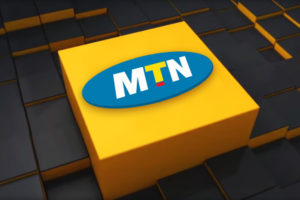 For those who are exhausted from staying at home, for those who step out with trepidation each day, for those who have no choice and have barely noticed the difference, we are tired of COVID-19 and everything it has brought with it!

It has become easy to miss things, virtually everything as we know it has been or is going through an upheaval. With most of our energies rightly focused on managing the spread and fallout of the coronavirus, it is almost too easy to overlook the fact that MTN turned 19 on the 9th of August. You could even argue that the only significant thing about turning 19 is being able to tell 18-year-olds what it was like to be their age. So why spend any of my precious time on an unimportant birthday?!

Is it because MTN is special? Nope. Granted, the company is the largest player in a sector that contributes significantly to the GDP, but that is not what caught my attention. The age nineteen can be a very formative year – the age that youthful exuberance, harsh reality, personal desires and responsibility collide, and the universal excuse of “teenage angst” begins to fall away. This is when a true picture begins to emerge….

At nineteen, you have barely one year left in teenagehood, and that is the end of it. It is time to step up and take the mantle of leadership. Yes, at eighteen, one becomes an adult in most countries of the world, but it is at nineteen that it truly hits home. One is no longer a ‘babe’. The past eighteen years were for stumbling, stuttering where need be and shying away from ‘adult stuff’ – after all, one is allowed to, and even encouraged to do so. What’s that thing everyone says? You are only as strong as the learnings from your mistakes. Well, I think that’s how it should be said!

MTN Nigeria has grown from its first phone call on May 16, 2001 – made by its former Chairman, Dr. Pascal Dozie at the Maritime House, Apapa on, and it has metamorphosed from a young bumbling telecommunications ‘chap’ with less than one million subscribers in its first year; into a strapping ‘adult’ Information and Technology Communications firm with over 68 million subscribers in all states of Nigeria, including the FCT. If you were the company’s parent, in true Naija fashion, this would be the time for sky-defying geles and owambe parties! Yes, 21 is the official adult marker, but with its achievements in just nineteen years, a pre-party will still be required! And of course, this will be the time for the celebrant to roll its eyes as the parents make a fuss on the details and the guest list, even when the child is throwing hints that there will still be a second party exclusively for friends within their age group. What nineteen-year-old wants fawning parents at their party?!

Before the party, there would be time for reflection – there has to be. Yes, so much success has been achieved. Yes, ‘exams’ have been passed with flying colours, and yes, most people are impressed. However, as with everything under the sun, there have been dips and lows. Times when the switch or cane that everyone despises so much, had to be used. Times when the celebrant wanted to sneak off with friends or even times when there were arguments – you know, the hair-splitting arguments with parents that the apostle would have to hear. Or the ones, where you try to make your voice heard and your mum screeches that you have raised your hand and only the family members can settle the matter!

Thus, all the lows must be analysed and cross-checked so that there are no repeats. We learn from our mistakes, right? So, whether it be fines, or court cases, sanctions and picketing, and even more; these things must be discussed before the festivities, because even if you don’t discuss these sour patches, the obnoxious aunties and uncles with ’no filters’ will innocently make snide comments as the jollof rice and Coca Cola find spaces in their bellies.

With all the good, the fantastic, the bad, and the completely crazy, it has truly been a journey for the company and Nigeria. MTN has invested over N2 trillion in Nigeria since its inception. The Chief Executive Officer of the company, Ferdi Moolman, has already mentioned that a whopping 600 billion Naira would be invested in technical infrastructure over the next three years. Since its commission in 2005, the company’s corporate social responsibility vehicle – MTN Foundation – has invested over 21 billion Naira in 900 projects in various communities across the country.

The company has also celebrated many firsts even in the past year: the first eSIM launched in Nigeria, first to trial 5G technology in West Africa, etc. There have been many laurels and awards, all before 20!

When all is said and done, MTN’s 19 years have been very eventful. And even if a world-shaking virus is any indication, it does not appear the company is interested in slowing down. Will there be more dips and lows? Probably, we are all human after all. So, maybe life begins for the company at 19… who knows what 21 would look like?

So, while we stomp our feet and complain about the dips, the pandemic that seems to be taking its ‘sweet’ time in departing, and the other issues that plague us as a nation, we also need to remember to celebrate the great moments – whether it is the nineteenth birthday of an over-achiever, the fact that your business is still managing to stay afloat at this time, the ability to feed your family during strange and uncertain times, or the ability to shrug into the same clothes you wore five months ago – it is indeed a feat.