Microsoft To Shut Down Internet Explorer After 25 Years

Microsoft has confirmed that it will be shutting down Internet Explorer on 17th August 2021 after the browser, which once enjoyed a usage share of 95%, declined in popularity, with Mozilla Firefox and Google Chrome taking over the browser chart. 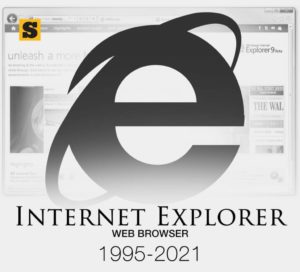 Microsoft also added that the MicrosoftTeams web app will no longer be supported on the browser from the end of November 2020. The tech firm also stated that all remaining Microsoft 365 apps and services will end their support on the browser by summer next year.

Internet Explorer was released in 1995 and it quickly became the most used browser, with a usage share of 95% by 2003. However, with the release of Mozilla Firefox in 2004 and Google Chrome in 2008, the Internet Explorer suffered a great decline in regards popularity.