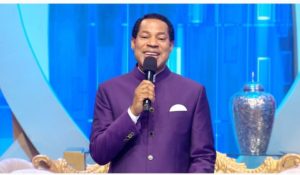 Founder and leader of the Christ Embassy Church, Pastor Chris Oyakhilome has called out pastors who are not willing to open up their churches after the federal government lifted the ban on social gathering.

According to him, any pastor who refuses to open his church at this time is not a true believer. In spite of the lifting of the ban, popular churches like Pastor Poju Oyemade of Covenant Christian Centre Lagos, and Pastor Paul Adefarasin of House on the Rock, Lagos, Pastor Tunde Bakare of Latter Rain Assembly Lagos are all yet to open their churches for service.

In his own words, “If you refuse to open church for fear of being infected, you were never a believer. This is a great concern because there were churches that were thought to be churches until recently.

We find a lot of ministers who were thought to be advocates of the gospel advocating for shutting down the churches because they cannot guarantee safety.

It is pressure like this that reveals what is a church and what is not. Do they really believe in God, the same God of the patriarchs in the Bible?

When you get to that point where you are afraid of opening churches for fear of being infected, you have denied the faith. You never believed”