UEFA Nations League To Be Played Behind Closed Doors in September

The Union of European Football Associations (UEFA) has announced that all of its international matches in September will be played behind closed doors. 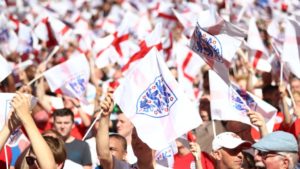 This was decided by the governing body of the Union after it held a meeting with the general secretaries of its 55 members today over allowing fans return to the stadium to watch the match.

According to UEFA, it is too soon to allow fans entry to stadiums. The UEFA has however indicated the option of using the UEFA Super Cup – due to be played on September 24 by the club sides who win the Champions League and Europa League later this month – as a trial for letting a reduced number of spectators watch the game from the stands.

There are growing fears of a second wave of COVID-19 in Europe as infected cases of Covid-19 keep getting on the rise.