The Confederation of African Football (CAF) has announced that the qualifiers for the 2021 Africa Cup of Nations will resume in November while those of the next stage for the 2022 World Cup will begin in May 2021. This was announced via a statement from CAF which revealed that the 2021 AFCON qualifiers will be held between November 2020 and March 2021. 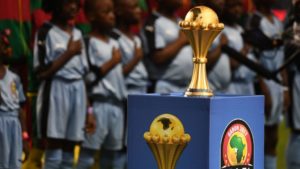 Also, the African qualifiers for the 2022 World Cup, which are already in the second round, will happen between May 2021 and November 2021.

“The playoff matches, in which the 10 group winners will then be drawn to play against each other in a two-legged tie, have been scheduled for November 8-16 2021. The five winners will advance to represent Africa at the World Cup. The second round of qualifying for the 2022 World Cup in Africa had been scheduled to begin in March and run through to October next year,” the statement reads.

UEFA Nations League To Be Played Behind ...