The YBNL music star, Fireboy DML has released the tracklist for his forthcoming music album, ‘Apollo.’ 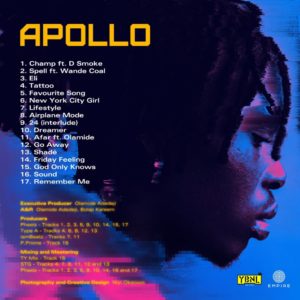 Executively produced by the popular rapper and CEO of the YBNL music label, the album consists of 17 tracks and also features D Smoke, Wande Coal and Olamide. 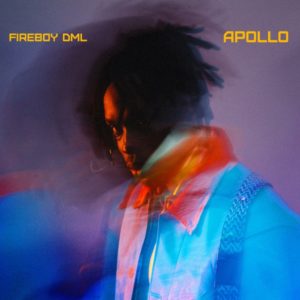 Announcing the tracklist on his Instagram page, Fireboy DML wrote, “my second studio album, Apollo drops on the 20th of August. This was bound to happen. This album is about evolution, growth, love and pain. Gratitude to God for blessings. Gratitude to everyone who worked with me on this album; gratitude to my team (YBNL/Empire), my family and the kings who blessed this project with their presence. See you on Thursday.”

BBNaija Ka3na Bags An Award For The ...