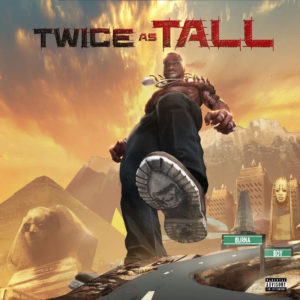 Burna Boy has broken another record with his latest album.

The award-winning musician released his fifth studio album on August 14 and it is already having the luxury among music lovers.

For the first time, Burna Boy has made it to UK’s Top 10 Albums with his TWICE AS TALL album and this should tell you how the track has been received by music lovers.

This was revealed by Official Charts in a recent article and it read in part;

“Three more new releases could secure a Top 10 debut this week; British folk singer Kate Rusby is eyeing her first Top 10 with Hand Me Down at 6, Nigerian rapper and singer Burna Boy is at 8 with his fifth studio album Twice as Tall, and Rumer’s first country album Nashville Tears is at 9, possibly her first UK Top 10 album in eight years.” 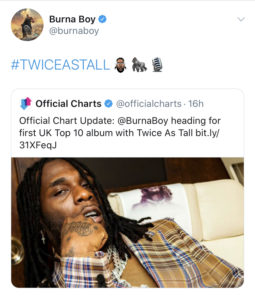