Ruby Angela Saleh Pens Down An Emotional Tribute to Her Brother, Fahim Saleh

Fahim Saleh, CEO of Gokada and other tech companies was brutally murdered in his apartment sometimes in July. His head and limbs were also cut from his body, allegedly by his executive assistant who was later apprehended. 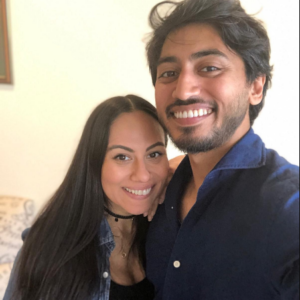 Even though the world seems to have forgotten about his death, Ruby Angela Saleh, sister of the deceased Fahim Saleh can’t seem to get over the deep pains and sorrow the death of her brother brought to her. Expressing her emotions, Ruby Angela Saleh took to her Medium page to pen down an emotional tribute to her brother.

Narrating how she got to know about her brother’s death through a phone call that shattered her life, she also spoke about the relationship she shared with the deceased. “Oh, L, who would do this to my baby, my poor baby, my poor sweet brother?” I replied to one of my best friends. “This still feels like a nightmare I will wake up from…my poor sweet baby,” she wrote.

Speaking about Fahim Saleh’s drive for success, she wrote “We settled in Louisiana, where our father pursued a PhD in Computer Science while our mother worked at a local laundromat. Our family of five lived on my father’s small stipend, the minimum wage my mother earned folding other people’s clothes, and some loans from relatives. That first summer, I babysat for one dollar an hour. For a long time, I owned only five t-shirts and two pairs of pants. The stress my father endured during those years in Louisiana was palpable in every corner of our tiny two-bedroom apartment. “No one moves to America this late,” my father would lament, referring to relocating a family of five instead of a newly married couple, as most of his peers had done. “You don’t get anything free in America. It will take us many many years to feel established here,” he would say, his elbows planted on the dining table. He would close his eyes and massage his temples with his thumbs, the rest of his fingers forming a tepee around his forehead. It was difficult for Fahim and me to see our father in constant hardship. Wishing to ease his burden and pain drove both of us to succeed.”

Speaking on her emotions after her brother’s death, she wrote, “Sometimes it still doesn’t feel real that Fahim is gone. And sometimes it feels too precisely like the cruel, heinous, and unbearable reality that it is, letting me see nothing but darkness and feel nothing but piercing pain in every quadrant of my heart. As I reminisce about Fahim, I know that he was the most special gift given to us, and then taken away.”