Nigerians React To Kaisha’s Eviction, Says Power Needs To Be Restored To Viewers

Following the eviction of Kaisha from the Big Brother Naija house, Nigerians have taken to Twitter to express their grievances and views with the new style adopted by Big Brother in evicting housemates from the house. 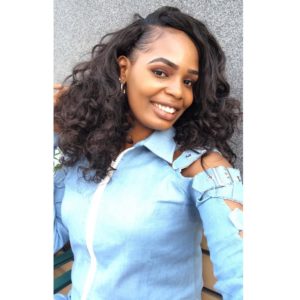 Most Nigerians feel that the new style of allowing contestants choose the housemate to go robs the viewers of their power to vote in this Big Brother Naija Lockdown Season.

See some of the tweets below:

What?!!!! Kaisha got more votes than Neo and wathoni and she still left before them. Now that’s fucked! pic.twitter.com/IsNQVqRrNX

Big brother should stop letting us waste our money to vote if it won't count. Kaisha obviously has more vote than Neo and Wathony. #Bbnaija pic.twitter.com/tR0ZfK1ZE7

Do u think wathoni would have been evicted instead of kaisha?
I really don't like the system of eviction this year, if u agree with me like and retweet#BBNaijaLocdown#BBNaija pic.twitter.com/ZiSaVWtYG6

I love Kaisha but if you guys are complaining about how unfair the system was to her please don't forget LILO she was in the same situation
Unless they want to press RESTART #BBNaijaLocdown Kaisha Wathoni pic.twitter.com/xyza8PJ3Fd

Ka3na Backs Lucy After Being Evicted From ...