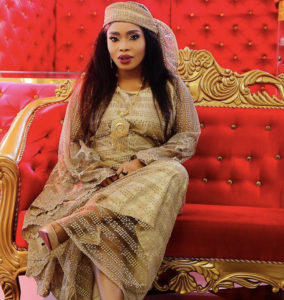 Nollywood actress Halima Abubakar has finally unveiled her son months after being backlashed for using someone else’s photo to announce his arrival.

The actress was accused by a lady for using her son’s photo to announce the arrival of her (Halima Abubakar) son’s and she recieved some backlashed by many.

Finally, she has shown the face of her cute son months after the backlash, and fans are so happy and just gushing over how cute her son looks.

She posted a video of her cute son, thanking God for all that He has done for her and how far He has brought her and her son in life.