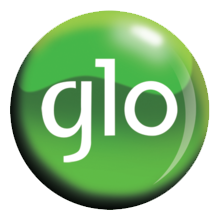 Born July 19, 1991, in Port Harcourt, Nigeria, the 29-year-old read Mechanical Engineering at the Kwame Nkrumah University of Science and Technology, Kumasi, Ghana, from where he began his musical career in 2012 with his rhythm and blues single entitled “Pipi Dance”.

The single garnered huge traction online culminating in more high-profile recordings for him. These included  “Skin Tight”  which featured Efya in 2015. This  gave rise to further collaborations with other notable artistes including  Ghanaian R&B star, Sarkodie;  Lil Kesh,  and Burna Boy who are both  successful Nigerian music  merchants.

In 2017, Mr. Eazi released the mixtape, Life Is Eazi, Vol. 1: Accra to Lagos, which featured guest appearances by Big Lean, Tekno, Phyno, DJ Cuppy, and others. The album contained singles like “Leg Over” and “Tilapia” which became instant hits with music lovers across the African continent.

He will be telling viewers how his music traversed Nigeria to Ghana leading to him pioneering Banku music which is a rare fusion of Ghanaian highlife and Nigerian chord progressions and rhythms.