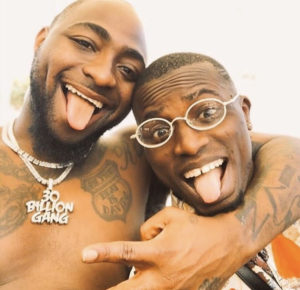 Davido, has reportedly appointed a new Personal Assistant after it was made known that Aloma DMW and Davido no longer have business relation together.

This was revealed by Israel DMW, a member of Davido’s DMW Records team on his Instagram page.

According to him, Davido has appointed a new personal assistant called Santusgee. 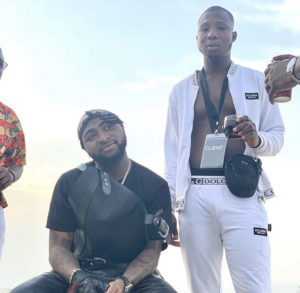 Sharing a photo of Aloma and he wrote; 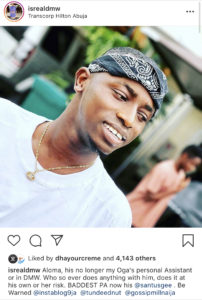 Aloma, his no longer my Oga’s personal Assistant or in DMW. Who so ever does anything with him, does it at his own or her risk. BADDEST PA now his @santusgee . Be Warned”.

Burna Boy Came Into My Life As ...