Burna Boy Came Into My Life As An Answer To My Prayer- American Rapper, Diddy 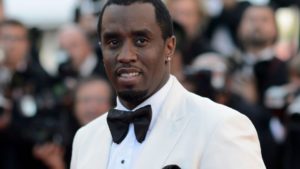 American business mogul and rapper, Diddy has stated that Burna boy is the first artiste on the African artiste he has had a working relationship with.

He revealed that at the time he met the ODOWGU, he was praying to God to bring a positive person into his life who would unite the music landscape from Africa to America. Diddy worked as an executive producer on Burna Boy newly released album, Twice As Tall.

He’s the first African artist I’ve been blessed to work with and he didn’t know this but at the time I was praying to God to bring something to me that would help to bring us all together through music. 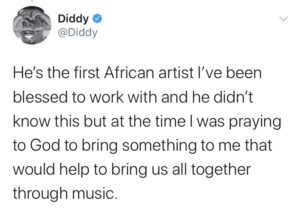