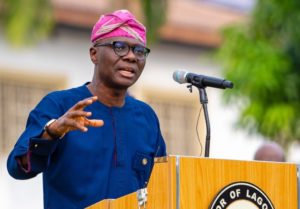 It was agreed during the meeting that there must be a comprehensive insurance cover which will cover drivers and passengers in the state. The initial operational licensing fees was reduced by 20% while a flat fee of N20 which will be called ‘Road Improvement Fund’ will be levied on each trip.

Also, it was agreed that there would henceforth be a one-stop shop for the documentation of all drivers in the e-hailing business (especially the LASSRA Card – Lagos State Resident Registration Agency) which would take a duration of 90 days to comply.

E-hailing companies were also advised to work with various bodies in the business for a good relationship. The Government also requested that the companies submit make necessary data available to the Government. Also, the Lagos State Government has decided that there must be due diligence and background checks on all drivers. Riders were also strongly advised to desist from offline trips and transactions.

Kunle Afolayan Releases the Trailer For His ...