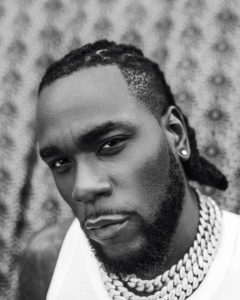 Burna Boy will be live on YouTube ahead of his album release.

The album will be released at exactly 12 am and per what we have gathered, he will be live at 11:40 pm to usher his fans into the new day and eventually release the much-anticipated album.

“@burnaboy ‘s new album #TwiceAsTall is out at 12am WAT! Join him for a livestream on Youtube 20 minutes before release to celebrate” 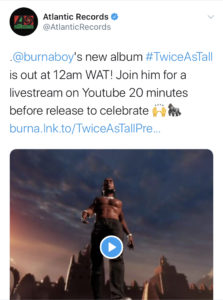