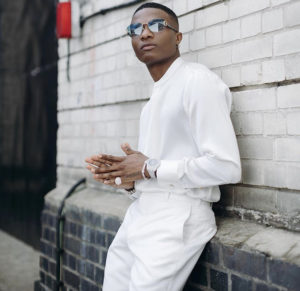 He comes in at number 129 in the all-time list of most streamed songs on the platform. The die-hard fans of Wizkid have taken to social media to shower encomium on the hitmaker for achieving such a great feat.

Spotify is an online, music streaming platform that pays royalties based on the number of artists streams as a proportion of total songs streamed.

Streaming records revealed Wizkid’s popularity on the platform on Monday. The previous record was held by Congolese rapper and singer, Maitre Gims. He had seven million monthly listeners.