Forbes has announced American actor, Dwayne “The Rock” Johnson as the highest-paid male actor for the second year in a row. 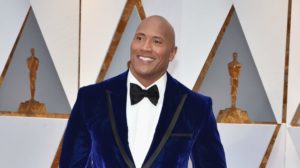 The former wrestler reportedly earned $87.5m (£67m) between 1 June 2019 and 1 June 2020, including $23.5m for the Netflix thriller Red Notice. He also made money from his fitness clothing line, Project Rock.

Until You Get Married, You Can’t Comprehend ...