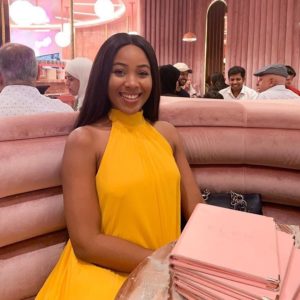 She is romantically involved with Kiddwaya, another contestant in the house; even though she has admitted that she is only physically attracted to him while she is mentally attracted to Laycon.

However, despite the emotional confusion she is probably going through, Erica has also admitted that she is in the house to play a game and not to fall in love. This shows the characteristic of a woman who knows what she wants and who isn’t ready to be swayed by distractions.

Erica is the current head of house at the Big Brother Naija house and she has selected Kiddwaya, one who she is physically attracted to as the deputy head of house. This means that she enjoys automatic immunity from this week’s evictions.

Today, 12th August, Erica won the Oppo charade task alongside with Praise which also means that she has N500,000 and an Oppo phone waiting for her after the games, apart from the other prizes she won in the Big Brother Naija house.