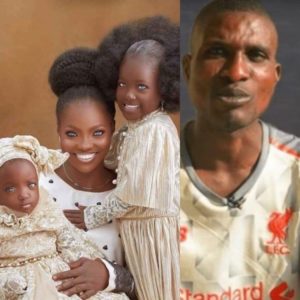 The husband who is alleged to have abandoned his wife and kids because of their blue eyes have surfaced on social media.

Speaking to Punch, the man refuted claims that he abandoned his family all because they had blue eyes making it clear that it was the same blue eyes he saw when he fell in love with his wife, Riskat.

According to the man, his wife was wayward and disrespected him because he was not providing all needs of the family as a husband sufficiently.