Russia becomes the first country to approve an experimental Covid-19 vaccine. The vaccine is named ‘Sputnik V’ which is in reference to the world’s first satellite. This was announced by the Russian President, Vladimir Putin who also said that the vaccine is yet to complete clinical trials. 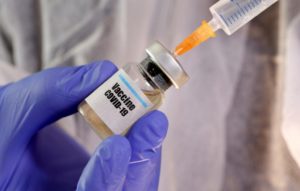 According to Kirill Dmitriev, head of the country’s RDIF sovereign wealth fund, Russia had already received requests from more than 20 countries for 1 billion doses of its newly-registered Covid-19 vaccine. Vladimir Putin, the Russian President told his cabinet in a meeting that the “vaccine works effectivey, forms a stable immunity and has gone through all necessary tests.” He also thanked the scientists who developed the vaccine because according to him, the scientists made the important step first for Russia and generally for the whole world.

The World Health Organization has however earlier warned that Russia should not stray from the usual methods of testing a vaccine for safety and effectiveness just for the reason of scoring political and propaganda points.