WWE ha confirmed the death of one of its former wrestlers, James ‘Kamala’ Harris who died at the age of 70.

The wrestling star who died on Sunday was best known for his appearances in the World Wrestling Federation (WWF) era, in the mid 1980s and early 1990s. 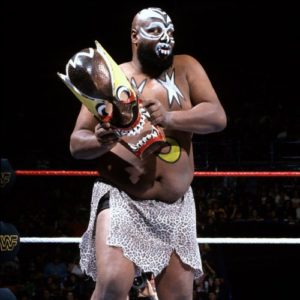 He always appeared in war paint and a mask. He has wrestled with many other prominent wrestlers, such as Hulk Hogan, The Undertaker and Andre the Giant.

He later developed severe health problems arising out of diabetes which later led him to amputate his leg in 2011.