Toshiba, the 35-year old PC company has officially exited the laptop business, after it sold its remaining shares to Sharp. This was announced by the Japanese tech company itself, Toshiba in a statement. 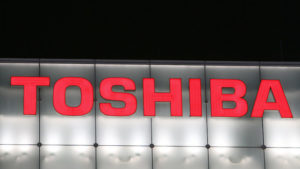 “Toshiba Corporation hereby announces that it has transferred the 19.9 per cent of the outstanding shares in Dynabook that it held to Sharp Corporation. As a result of this transfer, Dynabook has become a wholly-owned subsidiary of Sharp,” the company said in a statement.

Toshiba entered the laptop business as far back as 1985 and really did well in the 1990s and early 2000s. However, it soon became tough for Toshiba to record success in the market due to the growth of Lenovo, HP, Dell and other laptop businesses.

According to BBC, Toshiba’s share of the laptop market has dwindled from its 2011 peak of 17.7 million PCs sold to about 1.4 million in 2017. Back in 2018, Sharp already bought 80% of Toshiba’s personal computing arm for $36 million, and has now finally bought the remaining 20% which therefore marks the end for Toshiba Corporation in the laptop business.