A 22-year old singer, Yahaya Sharif-Aminu has been sentenced to death by hanging by an Upper Sharia Court sitting at Hausawa Quarters in Kano for blasphemy against the Prophet. 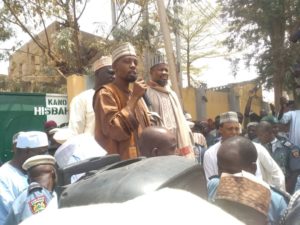 Yahaya Sharif-Aminu was charged to court for circulating a song which contained blasphemy against the Prophet in March 2020. This circulation had earlier led to an angry protest in Kano state by some youths who stormed the Kano Hisbah Board Headquarters as they alleged that the song circulated by the young singer contained an uncomplimentary assault on Prophet Muhammad. The protest also led to burning the family house of the singer after the angry youths couldn’t find him when they stormed his residence.