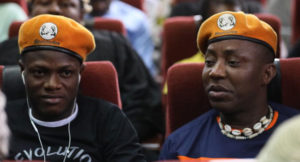 On Wednesday, August 5, Olawale Bakare and some other protesters who had converged at Olaiya Junction in Osogbo were arrested by security operatives.

The protesters protested to express their discontent with the lack of infrastructure, bad governance and so on when they were dispersed by the security agents.