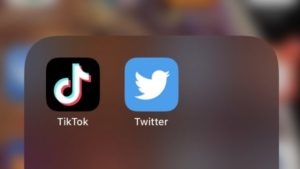 Twitter is in preliminary discussions for a possible combination with TikTok, the Wall Street Journal reported Saturday, after US President Donald Trump said he would ban the app, calling it a threat to national security.

In an executive order, Trump gave Americans 45 days to stop doing business with the platforms, effectively setting a deadline for a sale of TikTok by its Chinese parent firm ByteDance.

He has also demanded that a significant portion of the sale go to the US Treasury.