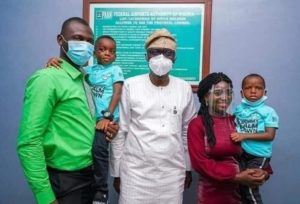 You would recall that Sanwo-Olu expressed his admiration for the little boy a video of him telling his mother to ‘calm down’ surfaced on social media.

Babajide Sanwo-Olu attributed the little’s boy action to that of good parenting and how some children are being raised properly shaping them to become responsible adults in future.

He used the boy’s statement ‘calm down’ as a metaphorical message to Nigerians to calm down as unrest and mayhem has become the order of the day in the country.

After expressing his desire to meet them, the governor met the boy and family in a pleasantry fashion, and they were happy meeting each other. 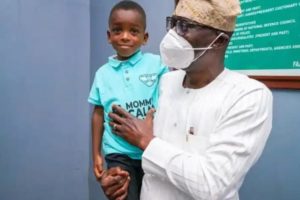