First Lady, Aisha Buhari Reportedly Flown Out Of The Country For Medical Treatment 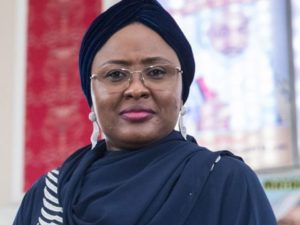 Nigeria’s first lady, Aisha Buhari according to reports has been reportedly flown outside the country for medical treatment.

According to the report by the DailyTrust, she was flown to Dubai, United Arab Emirates (UAE) and it was revealed that the move was prompted after she suffered persistent neck pains.

The reports also claimed that she observed a 14-day isolation period after visiting Ajimobi’s family in Lagos state and it added that she reportedly experience the pains, prompting the trip to Dubai for medical attention.