Mark Zuckerberg Is Now A Centibillionaire

Mark Zuckerberg, Facebook’s Chairman and Controlling Shareholder is now a centibillionaire, as he is now worth over $100 billion, CNN reports. 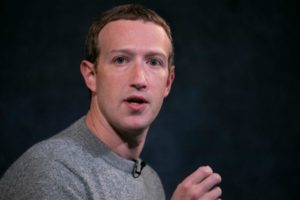 This was after there was a surge in Facebook’s shares after the company launched its Tiktok clone, ‘Reels’, on Instagram which therefore makes Mark the third richest man in the world, following Amazon’s Jeff Bezos and Microsoft’s Bill Gates.

According to Bloomberg Billionaires Index, Mark Zuckerberg’s biggest asset remains his 13% stake in the Facebook company he co-founded far back in 2004 from his Harvard dorm room.