Popular Fuji musician, King Wasiu Ayinde Marshal popularly known as K1DeUltimate has taken to his Instagram page to share the tracklist of his forthcoming music album, ‘Fuji the Sound.’

The tracklist reveals that his forthcoming album will consist of 6 music tracks. It also reveals that he will be collaborating with Teni and Tobi Grey in the songs, ‘Omo Naija’ and ‘Thinking About You’ respectively. 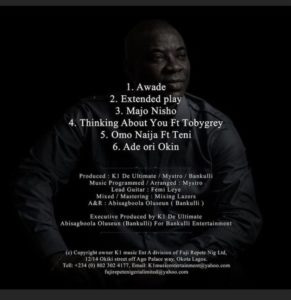 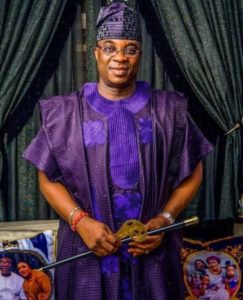 Although the full EP will be released on August 21, King Wasiu Ayinde has released the first music on his tracklist, ‘Awade’ today which is already featured on Apple Music playlists.

See his posts below: