“We Are Good For Sure, He Is Understanding” – Lilo Opens Up About Current Situation With Her Boyfriend

Ex-housemate of Big Brother Naija reality TV show, Lilo has opened up on her relationship with her main boyfriend after her brief romantic affair with Eric. 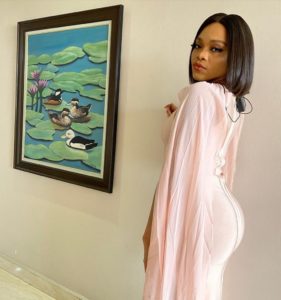 Speaking in an interview With Olorisupergal, Lilo revealed that she and her boyfriend are cool in spite of her romance with Eric when she was in the house.

She describes her relationship with Eric as being cool Friends, she also added that she would still be cool with Eric when he lives the house but without the emotions they had in the house.

According to her, their romance began from being just friends and did not know she will invest so many emotions into what they had.