BBNaija Lockdown: Ka3na Said She Achieved Her Goals Despite Being the First Evicted Housemate 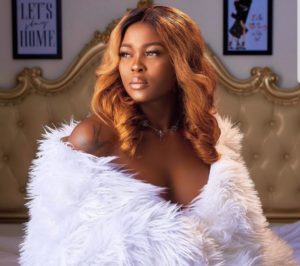 Ka3na Jones, the first evicted housemate in the BBNaija Lockdown Season, said in an interview on OLORISUPERGAL TV that she achieved her goals of going to the Big Brother Naija house.

She noted that her eviction did not in any way prevent her from making her brand known, as she had a major jump of followers on Instagram compared to when she was just going into the house. She disclosed that the fame she has now is everything that she has ever wanted.

Addressing the reason behind why her name is Ka3na and not the conventional, ‘Katrina’, she said that Ka3na is her registered company, which was her major drive to go into the Big Brother Naija house. She said that even though many people sent her messages after she was evicted, notifying her that they voted but got the name mixed up because of the ‘3’ in her name, she remains thankful still. She explained that the ‘3’ in her name represents the three branches in her company which are Fashion, Property Investment and Production.

She also addressed her ‘romance’ with Praise, one of the housemates as seen on national TV. She stated categorically that there was no penetration, and that both of them only cuddled. When asked whether she sees herself and Praise in a romantic relationship going forward, she said no, stating that she does not “do young guys.”

See the full interview below: