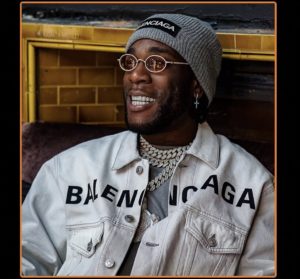 Speaking on this in an interview with Revolt TV, an American music-oriented digital cable television network founded by Diddy himself, Diddy said, “I’m on record that I like hit records. If they’re not hit records, I don’t like them. A lot of times when an artist wants to be coached or pushed to maybe a greater level, that’s where I’ve come in.”

According to Burna Boy, he started recording most of contents of the music album with constant file transfers and Zoom calls with Diddy who would create the voice-over intros for most of the tracks while there were other inputs from Timbaland and Anderson Paak. Chris Martin, Sauti Sol, Youssor N’Dour and Naughty by Nature all collaborated with Burna Boy to produce this album.

Burna Boy also disclosed that he has never picked up a pen and paper to write down a song in his life. According to him, whatever he says is “according to the spirits.”

Burna Boy’s new music album, ‘Twice as Tall’ will be streaming on all music platforms from August 14. This was announced by Burna Boy on his verified Twitter page. See his tweet below: