‘It Was Pure Coincidence’ – Adekunle Gold Says After His Wife, Simi Was Dragged For Apologizing To LGBTQ Community For Selfish Reasons 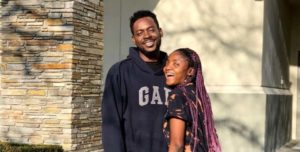 Simi’s apology to the LGBTQ community and her husband, Adekunle Gold’s subsequent cover of a queer magazine has raised eyebrows.

It could be recalled that the sensational singer made some damning comments against the LGBTQ community. She rendered an apology, however, many people saw the apology that it was one that wasn’t very sincere.

This came from the backdrop that Adekunle covered a queer magazine some few moments after his wife’s apology.

Speaking about this development, Adekunle has labeled his wife’s apology as PURE COINCIDENCE. Defending his wife, he said she had no idea about the interview he had with the queer magazine as he begged people especially the LGBTQ community to accept the apology.