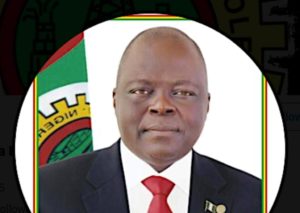 A former Group Managing Director of the Nigerian National Petroleum Corporation, Dr. Joseph Thlama Dawha, has died after a brief illness. This was disclosed by his spokesperson, Kennie Obateru in a statement.

Dr. Joseph Thlama Dawha served the nation meritoriously as the NNPC’s Group Managing Director during the Goodluck Jonathan administration from 1st of August 2014 to 4th August 2015.

The current NNPC Group Managing Director, Mele Kyari has also released a statement on his verified Twitter account, where he paid tribute to the deceased.

He acknowledged the late Dr. Jospeh’s immense contributions to the progress of the Corporation. He also described his death as a loss not only to the corporation but also to the entire nation.

The NNPC family regrets to announce the passing away of Dr Joseph Thlama Dawha, GMD NNPC 2014- 2015 after a brief illness. We remember his astute leadership and immense contributions to the progress of the Corporation. It’s a great loss to us, the nation and the family.