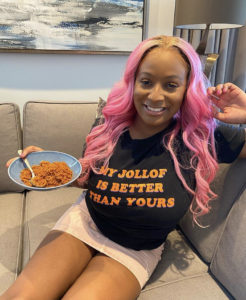 DJ Cuppy celebrates as her new song ‘Jollof On The Jet’ makes it to Billboard top 5 songs and she’s so full of joy.

She posted on her Instagram page thanking her fans and music lovers for streaming her song making it to Billboard.

DJ Cuppy released her song which features Rema just a few weeks ago and it appears the song is doing Great. 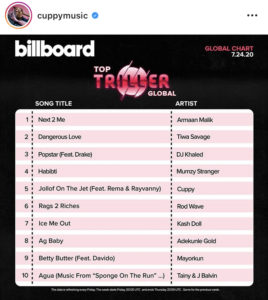 BBNaija: “There Was No Penetration Between Me ...