Davido Has Won The “Rest Of Africa” Award At SAMA 2020 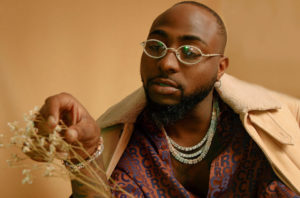 The South African Music Awards are the Recording Industry of South Africa’s music industry awards, established in 1995. The ceremony is held in late-April or May every year, with the judging process starting in November of the previous year. The nominations are typically announced at the end of March

The official Twitter handle of SAMA shared the news thus: 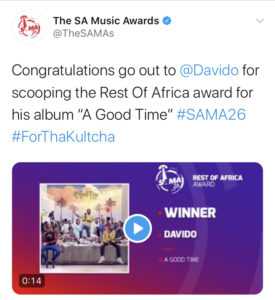