David Luiz, Jesse Lingard, Others To Feature On New Season Of MTV Cribs 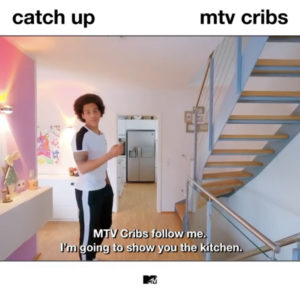 A new season of international hit show MTV Cribs is back, and this season, titled ‘Footballers Stay Home’, features how some fan favourite footballers have been spending time in their homes during the coronavirus lockdown.

Early in March, all sporting activities were suspended following the spread of the COVID-9 pandemic. Lockdown restrictions are beginning to ease up and after a 100 day break, the Premier League was announced to return on June 17.

In the first episode of the special series, Jesse Lingard took MTV Cribs crew on a tour of his sleek 5 bedroom home. The mansion is fitted with a cinema room and a swimming pool.  The Manchester United forward also showed his extensive sneaker collection, series of encased jerseys and international caps. The forward shared his enthusiasm about the show with the Evening Standard “I’ve been a massive fan of MTV Cribs since I was a kid and so I’m really excited to be a part of this Footballers themed edition.

MTV Cribs is a reality show that tours the houses of celebrities. It first aired in September 2000 and by 2005, Cribs had featured tours of the homes of over 185 celebrities including musicians, actors, and athletes over the course of 13 seasons.

Watch the next episode of MTV Cribs on MTV Base on Thursday, 8th of August 2020. Time is 8 pm. You can also follow @mtvbasewest on Facebook and Twitter and Instagram or join the conversation using the #MTVCribs.

Don’t Expect Your Wife To Respect You ...