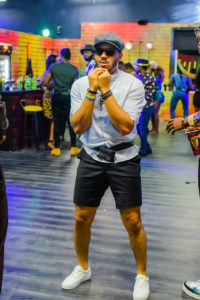 Ozo has won this week’s Head of House (HoH) game! He becomes the first male HoH and the first Housemate to complete the game. 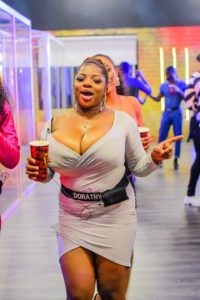 He subsequently chose Dorothy to be his deputy. This means they both get to live in the luxury Head of House lounge and enjoy immunity from the coming evictions while the other housemates scramble for votes.

The now anticipated Monday night game followed the same pattern, the only difference this time was the introduction of some new obstacles such as a ring toss and having to draw a portrait of oneself. After receiving a gentle reprimand to take the games more seriously from Ebuka, and after witnessing a double eviction during the Sunday live show, the housemates faced the game with the determination to win. The game gives every Housemate an equal opportunity to win so they put in their best hoping to get lucky.

As expected, Lucy did not qualify to partake in the game since she won the title last week. As the game progressed, Nengi and Tochi led the group with 23 and 24 respectively, however Ozo trumped their record with a perfect ‘30’ score when he reached the very last square on the mat. Big Brother gave the other housemates a chance to beat Ozo’s score, but no one came close, so Ozo was officially announced as the Head of House for the week.

Perhaps the only thing more difficult than the actual game for Ozo was choosing who he would have as his Deputy. During his Diary Room session with Biggie, he unsurprisingly chose Dorathy, which she accepted with all her ‘Full Chest’.

Fans can now vote for their favorite housemate to stay in the Big Brother Naija on the website and mobile site – africamagic.tv/bigbrother.

Also, via SMS by texting VOTE and the NAME of the HOUSEMATE to 32052. (SMS costs N30 for Nigeria only and available on the participating networks – Airtel, MTN and 9Mobile).

For GOtv customers on Max, they get 350 votes and GOtv Jolli customers get 200 votes. Voting on the MyDStv and MyGOtv apps is open only to subscribers in Nigeria with eligible packages and an active subscription.

Big Brother Naija season 5 airs 24/7 on DStv channel 198 and GOtv Max and Jolli on channel 29. Sign up to DStv today via www.dstvafrica.com or get GOtv Max or Jolli on www.gotvafrica.com

To keep up with all updates on the show, visit www.africamagic.tv/bigbrother. You can also follow the official Big Brother Naija social media pages for news and updates with the hashtag #BBNaija on Twitter @bbnaija, Instagram @bigbronaija and Facebook www.facebook.com/bigbrothernaija as well as all verified social media pages of DStv Nigeria, GOtv Nigeria and Africa Magic.