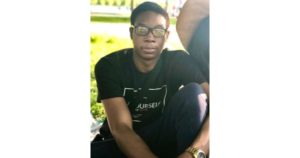 Following the murder of BBN Khafi’s brother, Alexander Kareem which the police has identified as a case of mistaken identity, seven people have been arrested in connection with his murder.

A detective, who confirmed this to the London press, said that the arrests were a significant development. He also promised that the law enforcement agents would continue to work harder to make sure those responsible are brought to justice.

The Big Brother Naija star, Khafi has also taken to her Instagram page to share the video from her brother’s funeral. She also confirmed the arrest of seven people in connection with her brother’s murder. She pleaded that the public should join her in praying that justice should be served and perpetrators be convicted of their crime.

In the emotional video she shared, Khafi said, amidst tears, that her life had taken on an unexpected switch after her brother’s death. She said that she went from planning her wedding ceremony to planning her brother’s funeral. The death of Alexander Kareem is really heartbreaking; may his murderers be brought to justice.