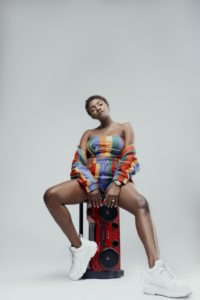 Popular Nigerian singer and songwriter, Simi has taken to her Twitter page to apologize to members of the LGBT Community for a casual comment she once made about them. She attests that even though it wasn’t her intention to hurt them with her comments, she did and she is indeed sorry.

According to her, she understands discrimination as a woman and she now sees how the things people say encourage prejudice and discrimination among the LGBT community. She said, “Your life is bigger, by far, than my pride. So I’m really really sorry.”