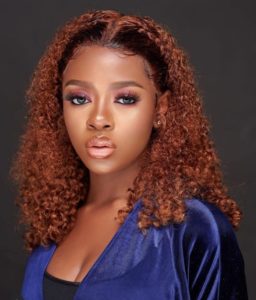 BBNaija star Diane Russet has reacted to the brouhaha of this year’s BBNaija housemates, Erica and Kiddwaya after they were slammed by many.

Kiddwaya and Erica have been the topic of discussion today and has been slammed by others after a video of them that seem like they were having sexual intercourse surfaced on the net.

Diane Russet in reacting to that said it’s easy for someone to judge the other when there’s a camera to capture whatever that person s doing. 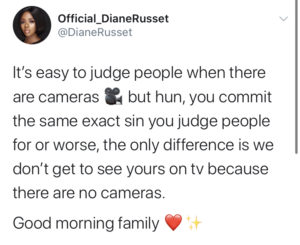