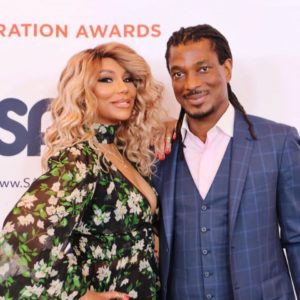 TV Personality Tamar Braxton has thanked her boyfriend David Adefeso for ‘saving her life’ following her suicide attempt, while defending him against criticism on social media.

The Braxton Family. Values star was rushed to hospital in July after David found her unresponsive at the Ritz Carlton Residences in Los Angeles.

After her release from hospital, Tamar later confirmed she had attempted to take her own life.

Reflecting on her ordeal and mental health battle, the 43-year-old paid a heartfelt tribute to her partner and wrote in an Instagram post: 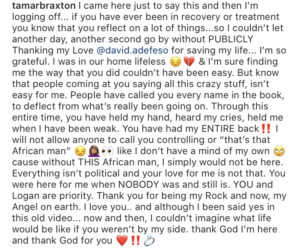