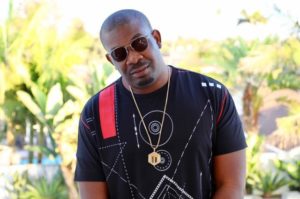 CEO of Mavin records, Don Jazzy has taken to twitter to react to the eviction of Lilo from the house.

He seems to not be pleased with the way Lilo has been evicted in the early stages of the BBNaija show as he is a staunch fan of the show.

Reminisce Reveals Why He Quit Smoking